Well, at least in knitting it does. Ah, the ever alusive "guage".

At first I lied to myself; "It's supposed to be oversize! It's from a Vogue pattern! I don't care if it's ridiculously large! They know fashion!" Unfortunately, as much as I strive to be a snappy dresser, I am smart enough to know when fashion is overshadowing function.

You can probably see where I'm going with this.

After measuring my hat, then cross-checking with the guage in the pattern: Good grief, Charlie Brown! My bulky beret was FIVE FREAKIN' INCHES bigger than it was supposed to be! How can this be possible with the suggested yarn and suggested needles? How can a suggestion be so horribly, horribly off? 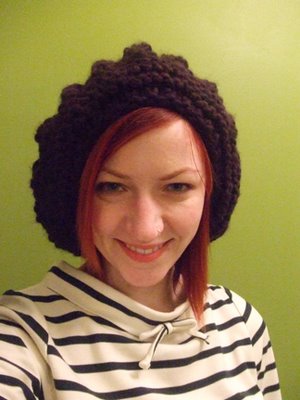 I now have a decidedly smaller bulky beret which doesn't interfere with my peripheral vision. Yet another reminder to respect the almighty guage swatch!

I am a very silly blogger. I recently switched my comments setttings to the thingimehoo in Blogger that allows you to preview them before publishing. (I had recieved an unsolicited comment - try to sell stuff on my blog, will ya?!) Lately, I've been wondering why no one seems to be commenting on my blog. Am I speaking to no one? Doesn't anyone have any interest in what I have to say? Am I really so unloveable?

I forgot I actually had to read and publish the comments.

Gahhh! Sincere apologies to everyone who has commented in the past while. I love getting comments! Keep 'em comin'!
Posted by Julia at 10:09 a.m.

yowza - you are one talented miss!!

so purty! It's like we're living parallel hat lives...only mine is sucking right now.

NO really, the hat looks a lot better. I did notice the stiff-neckedness the last time I saw you.

nice bulky yarn...must be toasty for the sub-zero temperatures in T.O. 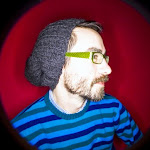 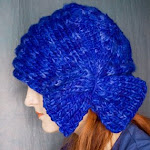